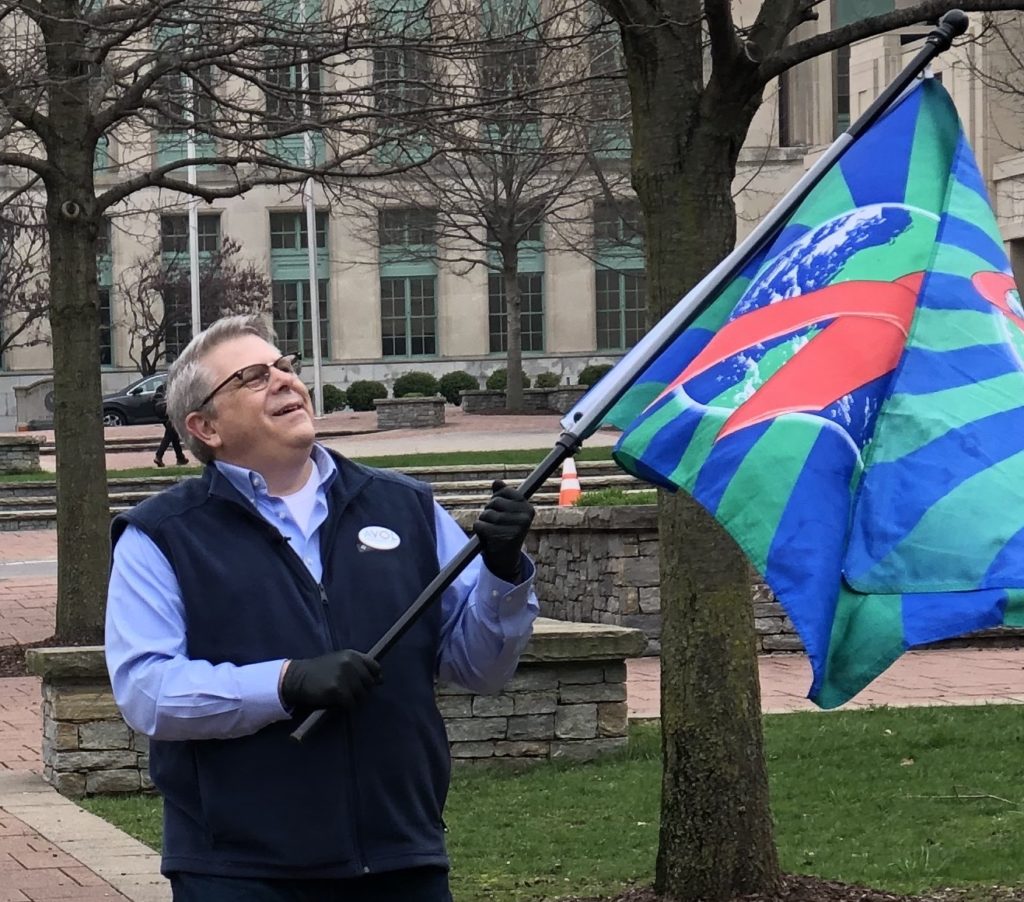 The Lexington-Fayette County Health Department’s Board of Health has selected Jon Parker as the 2020 Dr. Rice C. Leach Public Health Hero. The award is given annually to individuals who have demonstrated their dedication to improving the health of Lexington residents. The winner is announced each April as part of National Public Health Week (April 6-10, 2020).

Parker is the executive director of AVOL Kentucky, Inc., a statewide organization whose mission is to “collaborate with communities to END HIV in the Commonwealth.” Parker has led HIV prevention teams across the state of Kentucky for more than three decades, including during the peak of the HIV epidemic in the 1990s. He holds a Master’s Degree in social work from the University of Kentucky.

Parker served on the original steering committee for AVOL Kentucky’s Solomon House, a long-term community residence for people with AIDS. Parker joined AVOL Kentucky in 2015, at a time when the board of directors was looking to move the organization into a more sustainable trajectory. AVOL has now expanded its mission to serve more medically vulnerable populations in the area of stable and affordable housing.

During his tenure at AVOL Kentucky, Parker has organized strategic planning efforts, created quality, low-income accessible housing for the medically vulnerable, expanded prevention services and enhanced outreach and empowerment for at-risk populations in Lexington. He has led events including the AIDS 5K Walk/Run and “Dining Out for Life,” AVOL Kentucky’s largest annual fundraiser.

Parker will be recognized at a future Board of Health meeting. He will also be honored during a Lexington-Fayette Urban County Council meeting. The awards are typically presented in April but are being postponed because of social distancing during the COVID-19 pandemic.